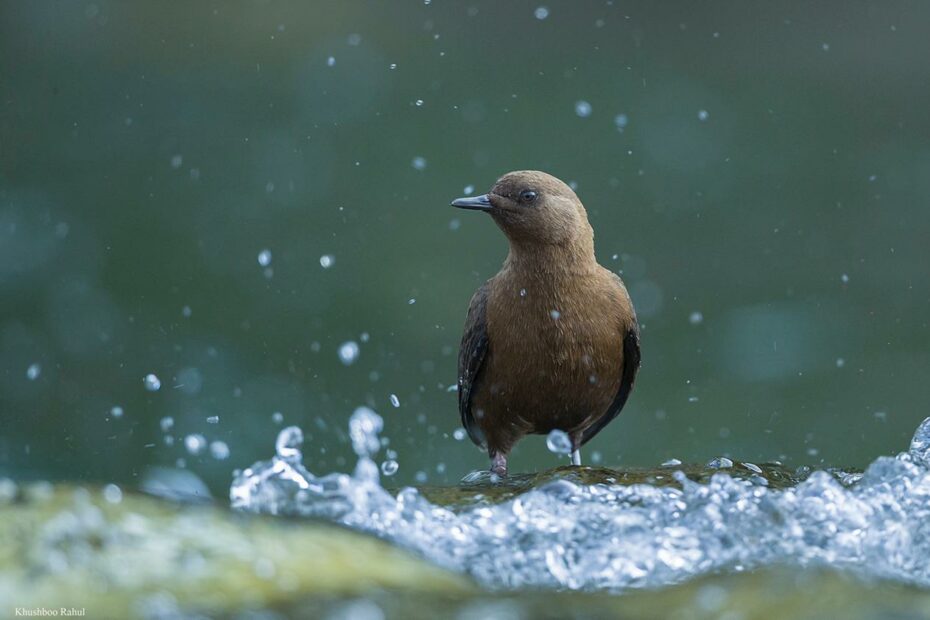 With More than 10,000 species of birds in the world , it’s quite strange that Uropygial gland is not discussed or researched to a level , where it should be . Perhaps it is one of the most important gland in avian world .

The current hypotheses for the function of the uropygial gland can be placed into four groups:

Several studies have examined these hypotheses, although no general function for the uropygial gland has been established.

The gland exhibits a striking morphological diversity in size, shape and presence/absence of tufts of feathers. It was shown that acidic mucins, neutral lipids, glycolipids and phospholipids are normal components of secretion.

Several morphological and physiological aspects of the gland were studied on Rock Pigeon , 1879. The amount of the uropygial gland secretion, its lipid content and fatty acids profile were determined. The extracted lipid mixture contained of C14 to C20 fatty acids, mostly unsaturated; the saturated fatty acids were mainly 14:0, 16:0 and 18:0. No correlation was found between the size of the gland and the aquatic/terrestrial nature of the species. Ablation of the gland did not affect survival, body weight, feeding rate and serum cholesterol, total lipids or calcium levels after 32-120 days. The possible role of the gland in the protection against lipophilic compounds was discussed .

The function of the gland is still a subject of controversy…..

However  it is accepted that its secretion confers water-repellent properties on the feather coat and maintain the suppleness of the feathers. Other physiological roles of the gland secretion may be associated to pheromone production, control of plumage hygiene, thermal insulation and defence against predators. Concerning the endocrine regulation of the uropygial function, there is scarce information presenting evidence for steroid regulated mechanisms.

The skin of birds is adapted to their life style. It is thinner than in mammals of equal size. Avian skin lacks sweat and sebaceous glands, yet the epidermis itself is lipogenic, producing neutral fats and phospholipids (Lucas, 1980). The entire skin acts as a sebaceous secretory organ, with the preen gland and the ear glands as specialized parts (Menon et al., 1981; Stettenheim, 2000). There has been research into the uropygial gland since the middle of the thirteenth century and ever since then, researchers have gathered information on its anatomy, histology, secretion chemistry, function, etc. There are several valuable reviews, e.g. Elder (1954), Lucas and Stettenheim (1972), Jacob and Ziswiler (1982), Menon and Menon (2000) and Johnston (1988), that provide insight and discuss different aspects of the gland. Our aim is to present and discuss briefly the most relevant aspects referred to the gland and integrate our own results with those of other authors .

The uropygial gland in birds is one of the integumentary glands that exist in birds. It is a bilobate sebaceous organ, variable both in shape and size (Lucas and Stettenheim, 1972; Sawad, 2006), located dorsally between the fourth caudal vertebrae and the pygostile. The gland is invariably present at embryonic stages, whereas it can be vestigial in adults of certain orders, families, genera and species. It is completely absent in Struthionidae, Rheidae, Casuaridae, Dromaidae and in a few species of Columbidae and Psittacidae (Johnston, 1988) .

It is a holocrine gland enclosed in a connective tissue capsule made up of glandular acini that deposit their oil secretion into a common collector tube ending in a variable number of pores, most usually two.  Each lobe has a central cavity that collects the secretion from tubules arranged radially around the cavity. The gland secretion is conveyed to the surface via ducts that, in most species .

The walls of the gland are similar in the studied species, with the exception of the Columbiformes. The epithelial cells of the lobe in Rock Pigeon Columba livia are surrounded by connective tissue septa and do not form tubules ending in a central cavity. There is a small germinative layer on the periphery of the cell bundles where the intermediate cells and voluminous secretion cells are arranged in a mosaic-like pattern. Degenerating cells are rarely seen.

A usual thought in mind – if this Gland is linked with water proofing capacity than what in aquatic birds ?

If the function of the gland could be closely connected to the hydrophobic properties of its secretion and were consequently, essential for plumage waterproofing, it could be hypothesized that the size or degree of development in this gland should be greater in aquatic birds than in terrestrial species . Few researches were carried out  and there was no correlation between the degree of development in this gland and the animals’ contact with water. The largest gland was found in Cinclus mexicanus Swainson, 1827 (0.7% of body mass) while the smallest was recorded in Bubulcus ibis (Linnaeus, 1758) (0.01%) .

The uropygial gland specializes in the synthesizing of lipids. The chemical composition of the gland secretion has been extensively studied. In adult birds, natural esters are made up of an extraordinarily diverse mixture of fatty acids and long-chain alcohols. The secretion is a complex and variable mixture of substances formed mainly by lipids, aliphatic monoester waxes, made of fatty acids (with various degrees of methyl branching), and long-chain monohydroxy wax-alcohols. However, some types of diester waxes containing hydroxyfatty acids and/or alkanediols exist in the secretions of the gland in some groups of birds.